OK, thanks to Rob T's site from 2002 Haus, we have some more info on that Golf Yellow Baur Targa that was recently sold in the Washington state area.  I think this may be the original craigslist ad that disappeared before we could catch it! 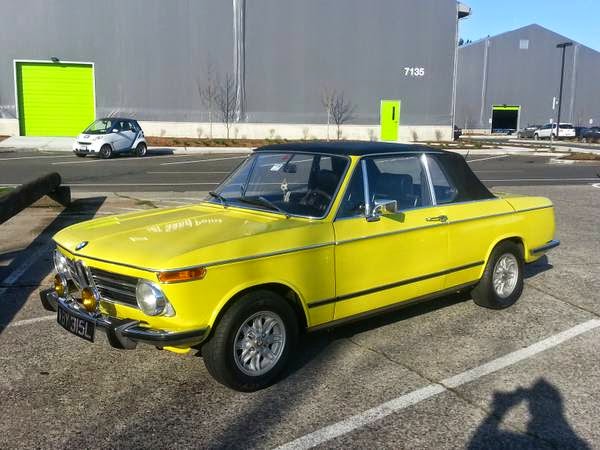 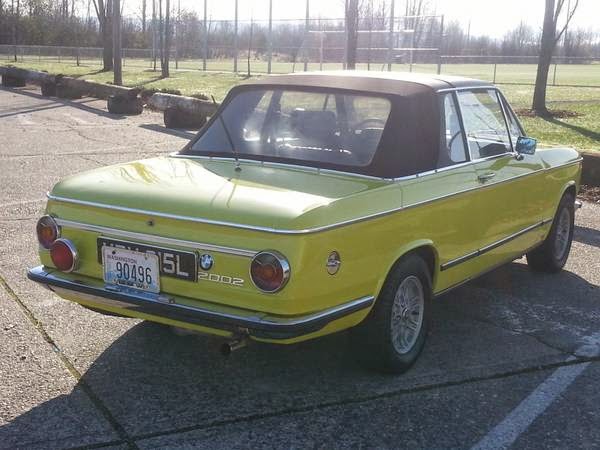 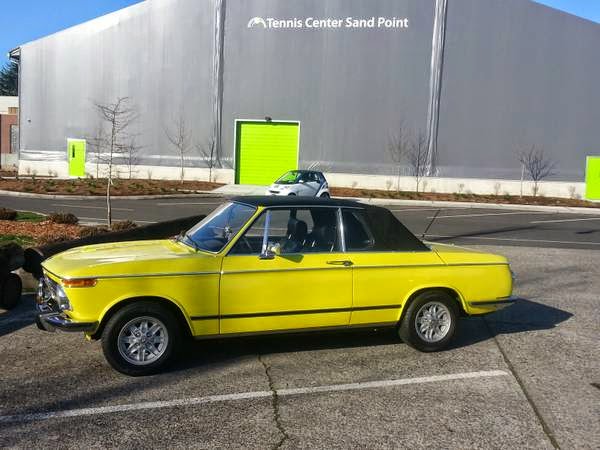 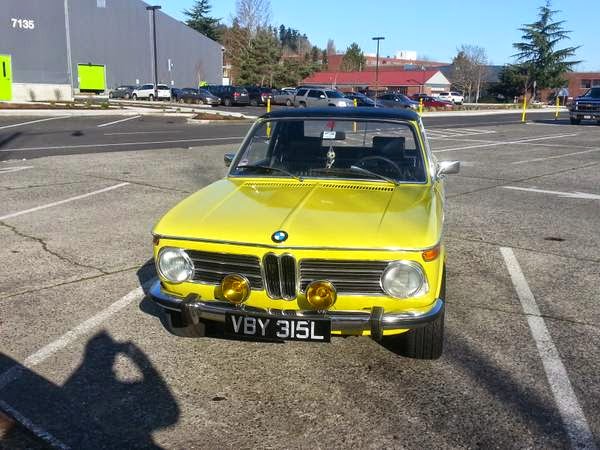 "1972 BMW 2002 Baur Targa -- Rare European ModelVIN # 2795512 matching/engine/chassis car. Golf Yellow. 4 speed manual transmission.Number 512 of 1,963 Baur Targa Carbriolets produced by Baur.Manufactured on June 13th, 1972 and was delivered to Italy. (via www.bmw-grouparchives.com)Baur is a Karosserie or coachbuilder in Stuttgart, Germany, which has been building BMW convertibles since the 1930s. Currently, they are the body and assembly works for IVM Automotive, a member the Ed Group. They do prototype work for many manufacturers such as Porsche, Audi and Ford.The Baur family received a patent for the design of a folding top for luxury automobiles about the time BMW was building the first car with the BMW name. Removable hard top stores in the trunk. Convertible Targa top lowers and folds behind the back seat.http://classicandvintagebmw.tumblr.com/02targa (Check this site for more info on Baur Targa)Car was imported into the USA in April of 2007. I purchased it in August of 2007 in Los Gatos, CA and drove it up the coast to Seattle, WA. Mileage at date of sale was 92,250. Prior to my purchase, the engine, suspension and brakes were rebuilt by Jaymic in England. I have many of the old receipts (new clutch, brake calipers, etc.) from Jaymic as well as the original owner's manual, etc. These repairs were made at round the 85k mileage mark and are documented in the repair log.The interior was professionally re-done and a new German square weave carpet kit was installed by the new owner in Los Gatos, CA. During the installation of the carpet, he located a 1962 Italian Lira (coin) under the old carpet kit. That helped to confirm that the car spent its early days in Italy. The coin has been drilled and is attached to the vintage BMW leather key chain along with the original keys and aftermarket gas cap key.I replaced the battery, alternator and voltage regulator along with a new wiring harness in 2007.A new Apline CDA-9883 in-dash w/ removable face CD/MP3 receiver ( XM/Sirius satellite ready) with iPod connection along with Alpine under dash speakers were installed in September 2007. Door panels and rear passenger panels were not cut.Routine lube, oil & filer changes have been made every 3k miles. Weber carburetor (replaced the Solex) and Pertronix electronic ignition were installed in August of 2010 -- mileage 98,075.Current mileage is 99,815. Tires were new when I purchased the vehicle. Car has a Nardi steering wheel and Cosmic wheels. All gauges including the clock work. Dome light too. All lights, turn signals, brake lights, fog lights and rear bumper mounted brake light work.Windshield and all windows are clean/clear and Sonneland rear window on the convertible Targa top is clean/clear as well. I also have an extra windshield that has been wrapped in bubble wrap since I purchased the car.Most recent service by Import Doctors in Seattle -- January 2013. Lube, synthetic oil & filter, new water pump and coolant. Mileage at service -- 99,463.Car is licensed as a collector vehicle in WA. That means there is no yearly license fee due and the front WA plate is not required. You can drive it legally with the European front plate in the photo. Photos posted in this ad were taken 3.14.14.I'm not really sure if I want to sell this car and perhaps CL is not the best place to initially advertise it. I am not interested in trades and would ask that only serious inquires be made via email."