Thanks to Richard Stern for posting this link in Facebook!  Thank you, Richard.

This BMW was delivered in 1981 to a BMW dealer in Wuppertal. For 13 years
the vehicle was recently hand and the reading mileage is 37,000 Kilomter. The M1
is in a good Originazustand, only the painting was changed a few years ago from the
original orange to "Hennarot". 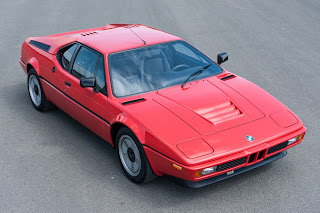 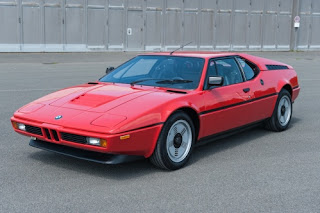 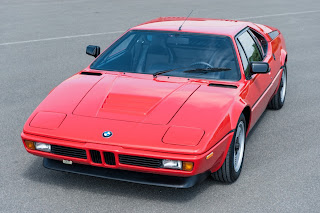 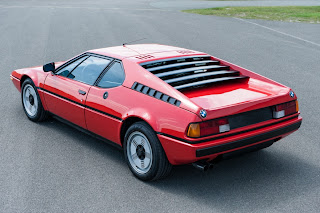 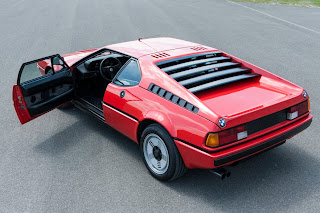 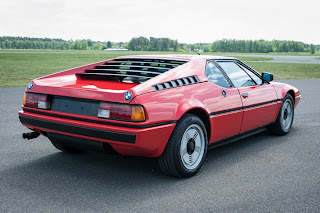 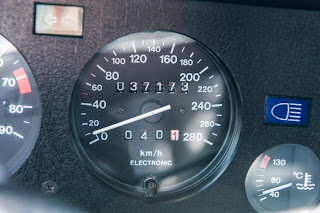 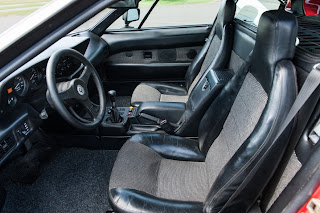 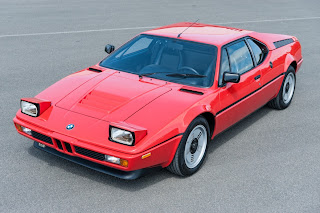 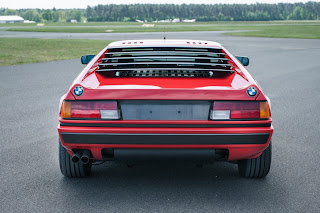 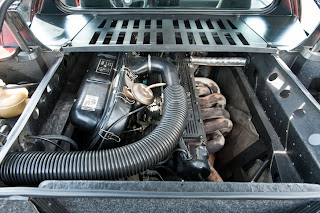 "One of only 453 cars produced (399 Road Specification)
The M1 was the first car unveiled by the independent BMW Motorsport division; the M1 represented a radical departure for the famed German marque. Designed to do battle with Porsche in FIA’s Group 4 category, the mid-engine BMW supercar was developed in tandem with Lamborghini, designed by influential Italian stylist Giorgetto Giugiaro and constructed by Baur in Stuttgart. An extremely capable and well-rounded sports car, the BMW featured a Marchese-built tube-frame chassis, fiberglass construction, large vented disc brakes, a five-speed ZF transaxle and fully independent suspension as well as luxury amenities such as air-conditioning and power windows. At the heart of the state-of-the-art supercar was BMW’s magnificent M88 engine, which featured chain-driven camshafts, four valves- per-cylinder, dry-sump lubrication, steel tube headers and advanced Bosch Kugelfischer timed mechanical fuel injection. Boasting 0–60 times of 5.6 seconds and a top speed in excess of 160 mph, the car was one of the fastest production sports cars of its era. BMW Motorsport initially contracted Lamborghini to assemble the cars with engines produced and shipped from Germany. However, severe financial troubles at Lamborghini forced BMW to terminate their agreement with the Italian supercar maker. Thus, the production examples of the E26 M1 were partially assembled at Ital Design in Turin using fiberglass bodywork supplied by T.I.R and tubular space frames supplied by Marchesi. Final assembly was then conducted at the Baur coachworks in Stuttgart, Germany, then each M1 was then given a final inspection at the BMW Motorsport facility in Munich before handover to the new owners."