A HISTORY LESSON – THE CAR THAT STARTED IT ALL: THE BMW 2002

A HISTORY LESSON – THE CAR THAT STARTED IT ALL: THE BMW 2002
 MIKE BURROUGHS
There's nothing worse than wild inaccuracies, and there's no question that BMW fanatics are shaking their heads. I can hear it now: "The BMW 'New Class' began with the 1500 in 1961, and the 1602 didn't come out until 1966!" BMW's post-war brand owes everything to the success of the New Class 1500 sedan; its sales allowed the company to pays its shareholders due dividends for the first time since the early '40s. However, the 1500 is hardly the car the world remembers as a truly classic BMW. Instead, the 1500 was over-shadowed by its smaller, more nimble, and cheaper counterpart: The '02. 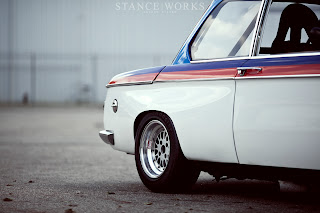 The "02" series was intially introduced as the 1600-2, with the "2" denoting it as the coupe-based counterpart to the 1600 sedan of 1966. The market called for something less appointed and more affordable than the sedans BMW was rapidly growing a name for, and as such, BMW's design director, Wilhelm Hofmeister (of Hofmeister Kink fame, which began on the 1500) assigned the 02 project to two staff designers - Georg Bertra, and Manfred Rennen. The to-be coupe was based off of the 1500 platform, however, it was changed rather radically, featuring a shorter wheelbase and lighter weight. Most importantly, it possessed a unique style that, in time, could become iconic in the automotive world. When the 1600-2 (which later earned its own name as the 1602 in 1971) was unveiled at the Geneva Auto Show in  March of '66, it was fitted with, unsurprising to those familiar with BMW's model nomenclature, a 1.6-liter inline four cylinder M10. The power output was a mere 85 horsepower at 5700 RPM, and the torque output wasn't much higher - 96-lb-ft at 3,500 RPM. However, the car possessed a spirit not found in any BMW prior. The unibody construction was relatively standard at the time, however, the New Class (and therefore '02s) were the first BMWs to feature McPherson front struts. Out back, the cars featured independent semi-trailing arm rear suspension, which was very uncommon - yet was responsible for much of what made the '02 so fun to drive. 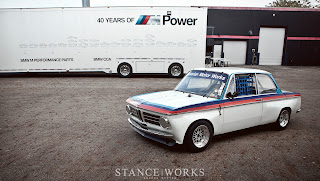 By 1967, the fun had been realized. Publications left and right had praised the coupe, and even the 1500 sedans, for their nimble handling and their impressive quality. The $2,600 price tag, just $18,000 in today's dollars, put the car within reach of almost any automotive enthusiast. But of course, the people wanted more. Fortunately for them, it was in a time when auto manufacturers were happy to oblige. To follow, BMW had taken the M10 and upped the compression to 9.5:1 - and paired with dual Solex PHH side-draft carburetors, which pumped out an extra 20 horsepower. The resulting "02" was sold as the 1600TI. 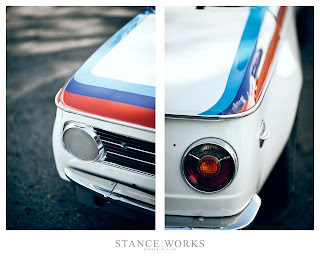 It wasn't, however, sold in the United States, which left BMW importer and Automotive Hall of Fame-er Maximilian Hoffman begging the big wigs at BMW for a "sporting" version of the '02 that he could sell stateside. Fortunately for him, as legend has it, Alex von Falkenhausen, designer of the M10, and Helmut Bönsch, BMW's Director of Product Planning, had both fitted 2.0-liter M10s to their 1602s for personal use. Once the two had discovered that they had both made the same changes to their personal cars, they joined forces and met with BMW's board to propose a 2-liter version of the 1602 - a "2002." 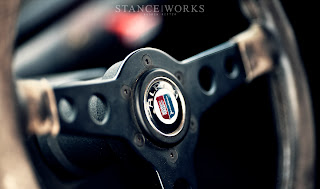 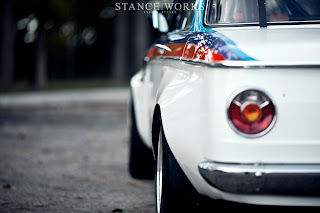 The following year, in 1968, the 2002 was born. Two variants were offered - a single-carburetor-fed base-model that mustered up 100 horsepower, and the dual-carb high-compression "TI" that pumped out 120 horses - a staggering 45 more than when the New Class was introduced just a few years before. With only 2300 pounds of weight to lug around, the 2002 was a serious blast to whip through corners. Even better, by '71, the "execs" at BMW had approved a replacement for the "TI," including fuel injection which added yet another 10 horsepower to the ever-growing heart. By '73, the world had fallen in love with the 2002, and to ice the cake, BMW brought the first turbocharged production car to the European market - the 2002 Turbo. Just shy of 1700 of these fast-flying race-inspired machines were built, yet the lucky few that were to attain them found themselves behind the wheel with 170 ponies and 180 lb-ft of torque on tap. 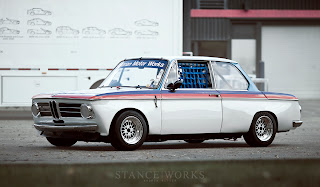 It's no surprise as to why the 2002 and its siblings are one of the most iconic cars BMW has ever built - and furthermore, one of the most iconic cars of the '60s and '70s. The 2002 can in many ways take the credit - all of it - for what BMW grew to become through the '70s, '80s, and '90s. But the 2002 did more than just inspire the 3-series lineage and generations of cars to come: the 2002 has inspired generations of people. From those who were there to see the car in its first few moments, to those who are just now seeing one for the first time, it's hard to deny that there's something enamoring about the quaintly cute coupe. 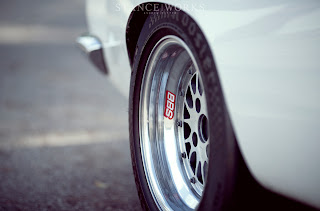 The car has started beginnings for many - fathers across the board have stories of their first 2002, and the snowball effect that followed quickly. Mom's can remember the adorable German car they fell in love with in high-school. Today, even the young community is snatching up the remaining cars faster than imaginable. The prices for clean examples continue to rise as rust-free survivors become increasingly rare. Restored variants are reaching values that I'm confident BMW never saw coming, and it's all due to a special bit of driving spirit and heart that few other cars seem to possess. 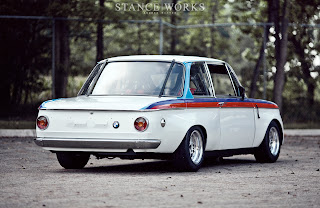 However, that only scratches the surface of the 2002's history, in which racing runs deep, and the brilliant minds at the likes of Alpina and AC Schnitzer took the "precious" little 02s and turned them into something only dreams are made of. High-strung racers pushed to the limits, with the bulged and widened fenders to prove it. Would we dare tease such a thing? You bet. There's far more to come, and "pig-cheek" Alpina-fendered racer will have to tide you over until next time. 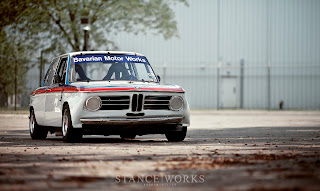