In an earlier post today we shared pics of a number of early BMW cabrios.  Back in the early days of the automobile industry, as you may know, there were many shops that specialized in 'coach-building':  they built bodies to order for many different car manufacturers.

For example, this is how Sir William Lyon, founder of Jaguar, got his start.  He began a business designing and building sidecars for surplus WWI army motorcycles in the aftermath of the war, as the Swallow Sidecar company.  His designs were popular, and he expanded the business to automobile bodies.  He designed and built bodies for a number of brands, including the well-known Austin Seven Swallow.  He further expanded into designing and building his own cars (the SS1) in the 1930's, changing the name to Jaguar to disassociate the company from any appearance of association with the Nazi SS.

Baur was also a coach builder, founded in 1910, building bodies for many different manufacturers, including BMW as well as the famed Maybach convertible in 1927.   There is an abbreviated history of the company here:
http://en.wikipedia.org/wiki/Karosserie_Baur

We found some pictures of what appears to be the first BMW Cabriolet bodied by Baur, so we decided to share them here today. 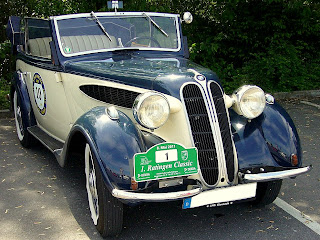 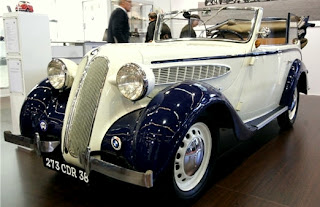 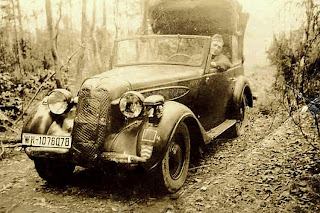 Also, be sure to check out his related site, noted above, and published earlier today:
http://baurspotting.blogspot.com/2013/04/early-bmw-cabrios.html