Baurspotting is in a Short Film!

Well, not Baurspotting exactly, but ...... due to my connection with Baurspotting, and cars in general.... I am gonna make my debut in a locally shot, short film!


OK, truth be told, I have been a little pre-occupied for a couple of weeks... here is why:  Here is a pic of my son, Brian, and I in 'period costume' for our roles in a short film being shot this weekend in New London. Some folks we know from the Eugene O'Neill Theater Center in Waterford, CT recruited us as 'extras' for the film, set in 1962. Brian was initially involved, and when they said they needed some vintage cars for the shoot, he suggested that I might be able to help out. So, I made arrangements for 2 or 3 1962 (and earlier) cars to appear in the film.... and that is why I have been preoccupied for the past few weeks:  I have been attending multiple cars shows in the area to recruit potential candidates to appear in the film!  It has been a lot of fun,and I have had the opportunity to meet many wonderful folks!  Many car owners were willing to participate, but we had some restrictions:  it had to be pre-1962, but yet not too too 'pre';  the scene is being shot at night, so certain colors had to be eliminated because they would create problems with lighting for the camera crew:  no white cars, no black cars, etc.  Some owners balked at being out so late at night.... the shoot could last until 12:30-1:00am.  And it is a low budget project, so there is no remuneration, other than to be able to say that your car was in a film..  So things  got a little complicated!  I have compiled a list of cars:  the "A" team, and the "Ladies-in-Waiting", a total of 6 cars, dating from 1954-62. The shoot for the cars is now set for late Tuesday night, and we will hopefully have 2 or 3 cars on hand for it.

Well, then the writer asked me to join as an extra. It is a low-budget project, so we are unpaid, of course.
And the pic shows us on the set last night. Both Brian and I shaved our beards, and I wont be seen in those glasses in the film. It is a 7 minute film that will be shown at film festivals around the country, and perhaps beyond. There is a cast of 9, with three main actors, and 6 extras (including Brian and I). The featured actors are Peter Rini (Orange is the New Black, and many others), Sara Steele (Spanglish and The Good Wife, etc.) and our friend, Rachel Jett (who took our pic). Sara plays the 16 yo daughter of Peter and Rachel, and the story is a kind of coming of age/transition to the world of adults for her. The story is very well-written by Donna DiNovelli, with whom I went to high school. She has done other operas, musicals, and plays all over the country, but this is her first film. It's great!
The film crew is from NY, and we had a great time shooting several scenes last night from 4pm until about 12:30am. Very nice people. I shared a dressing room with Peter Rini. !!
We return Tuesday night to wrap up, and that is when the cars will be used. If all goes according to plan, these are two of the cars that will be in the shoot: 1962 Corvette, and a 1955 Ford Fairlane.
A really great experience! 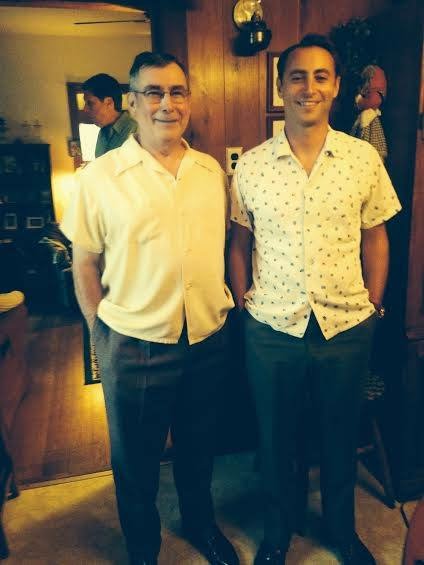 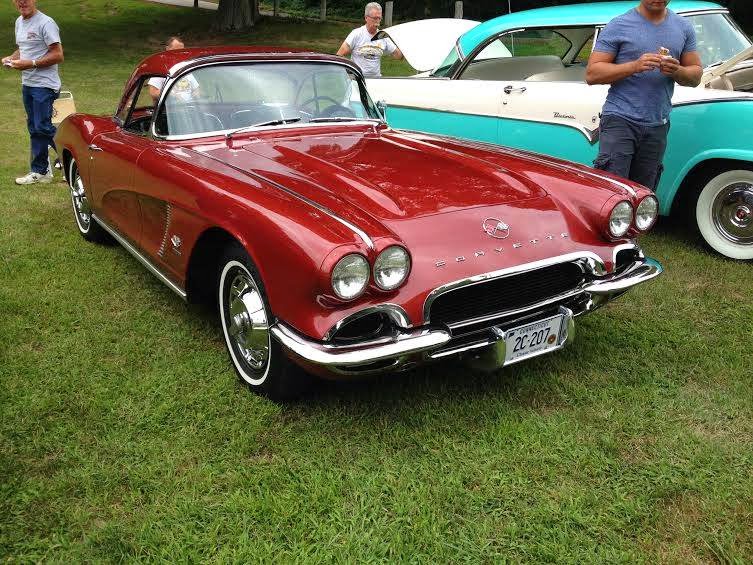 Two of the cars that we have arranged to appear in the film:  1962 Corvette and 1955 Ford Fairlane.

We really have had a great time, but I couldn't quite get this song out of my head!  :)
https://www.youtube.com/watch?v=zHeRq6DdxHE