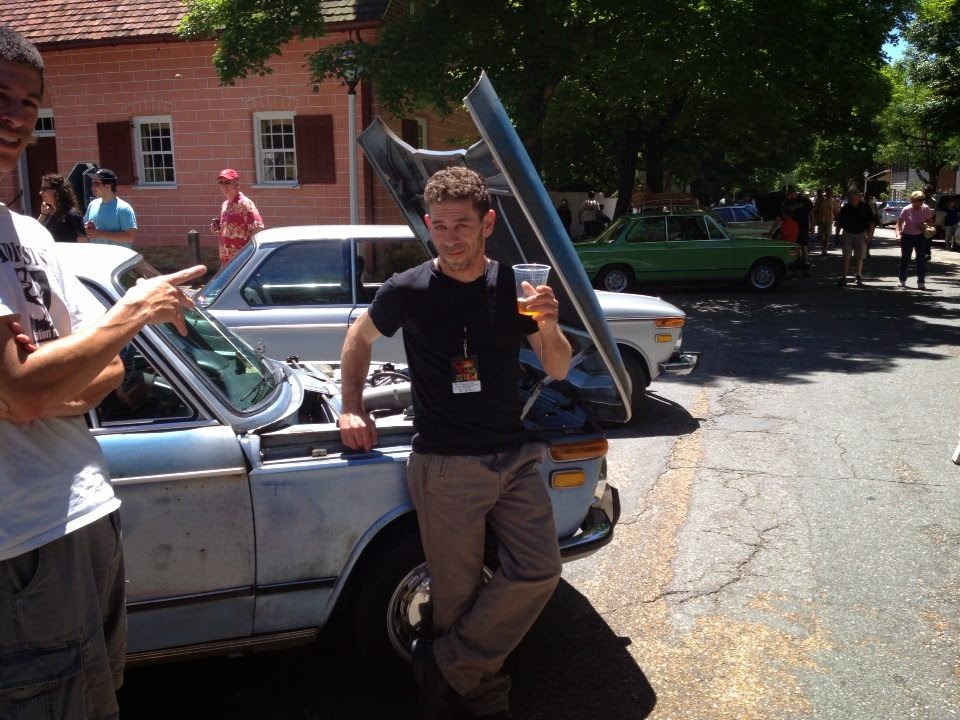 The Vintage had a turnout of about 300 cars this year.  One explanation given for the large turnout was that there was great anticipation that Paul was going to do a repeat performance of his legendary 2-hour overnight 'head-gasket-ectomy", but that never panned out.  Paul was reported to have commented that he 'didn't need one this time."  Maybe next year, folks.  ;)

That is not to say that there were no overnight shenanigans, which may or may not have involved Paul, Rob "The Hack Mechanic" Siegel's Bavaria, and a certain randy chicken.*  See below. 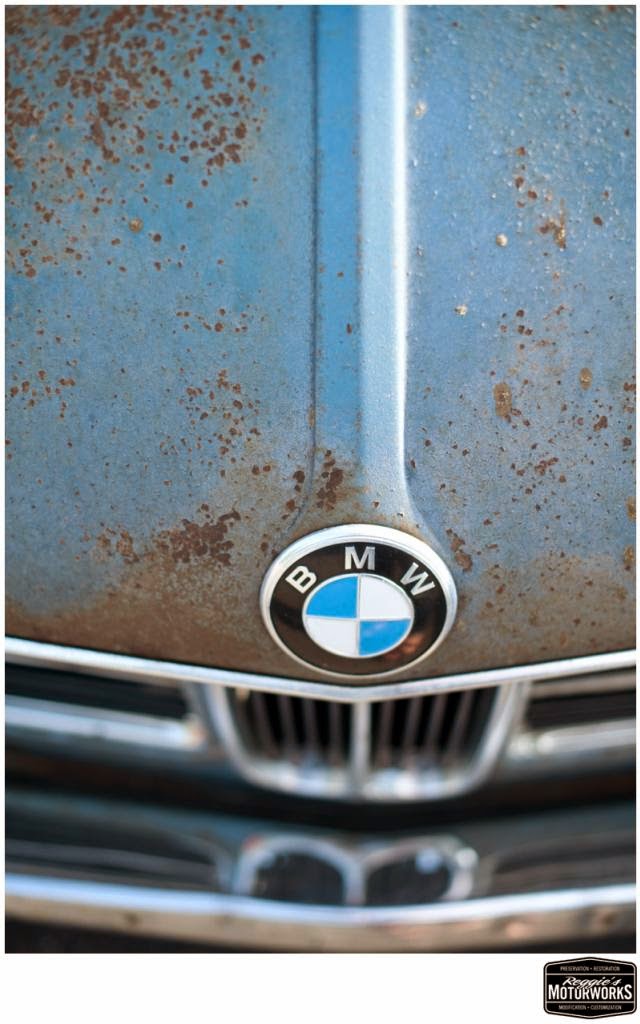 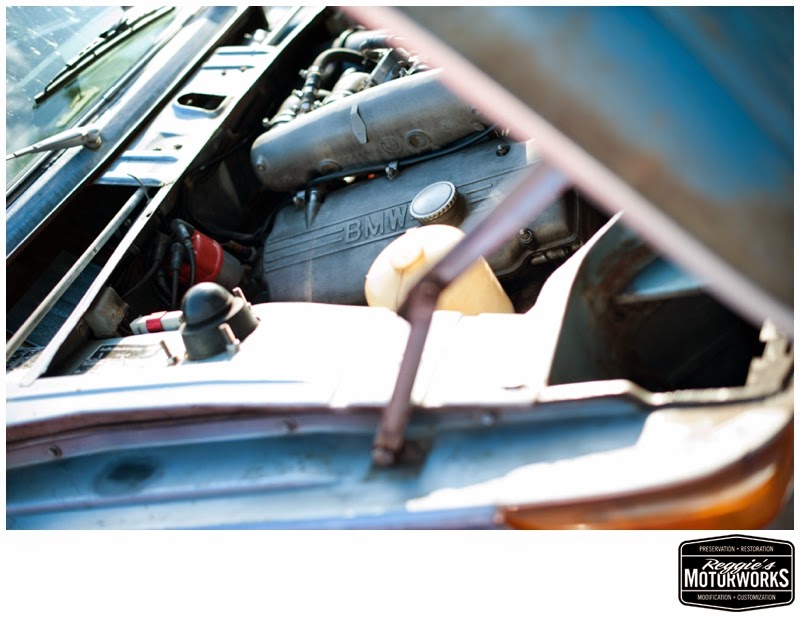 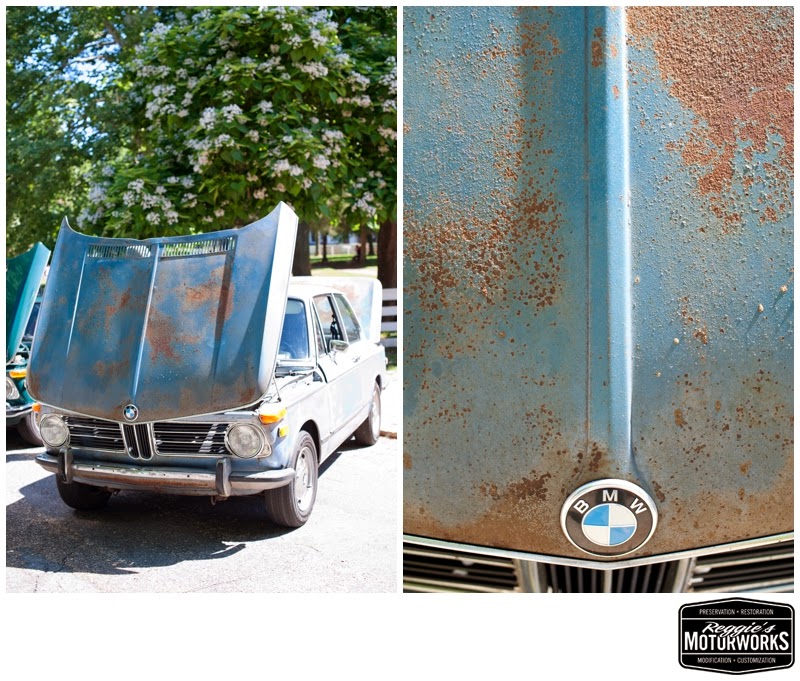 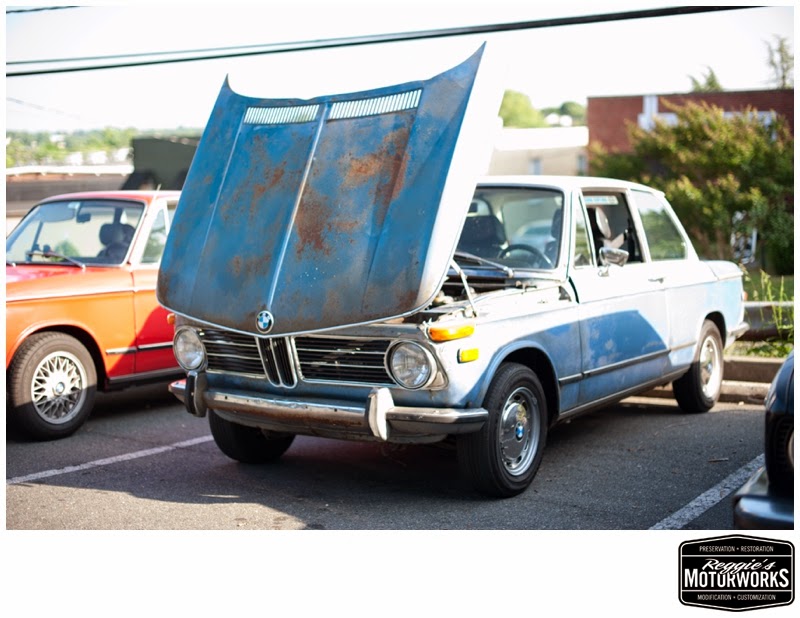 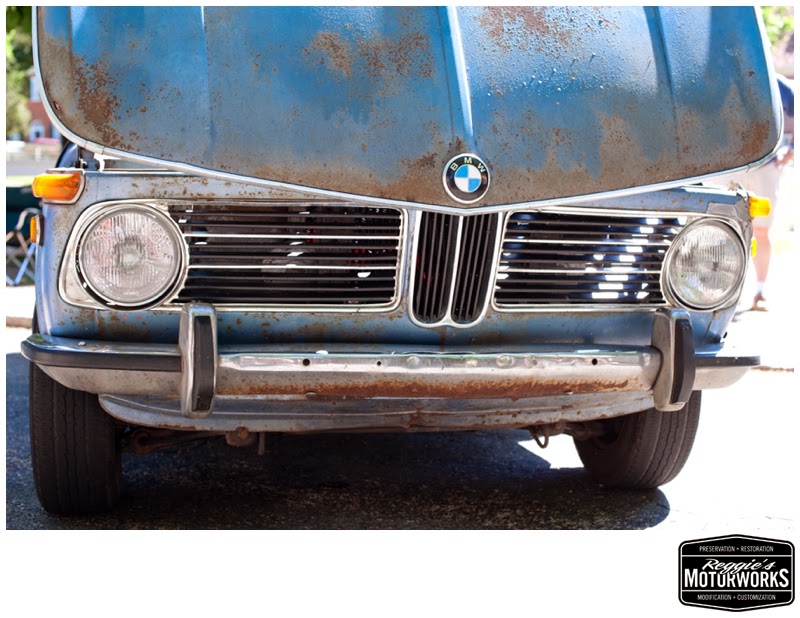 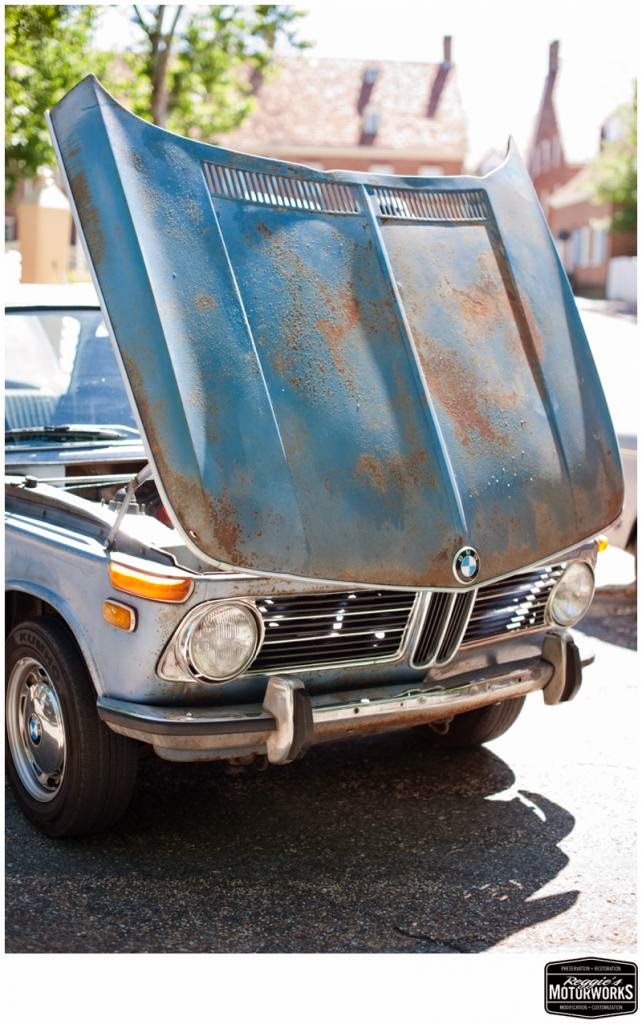 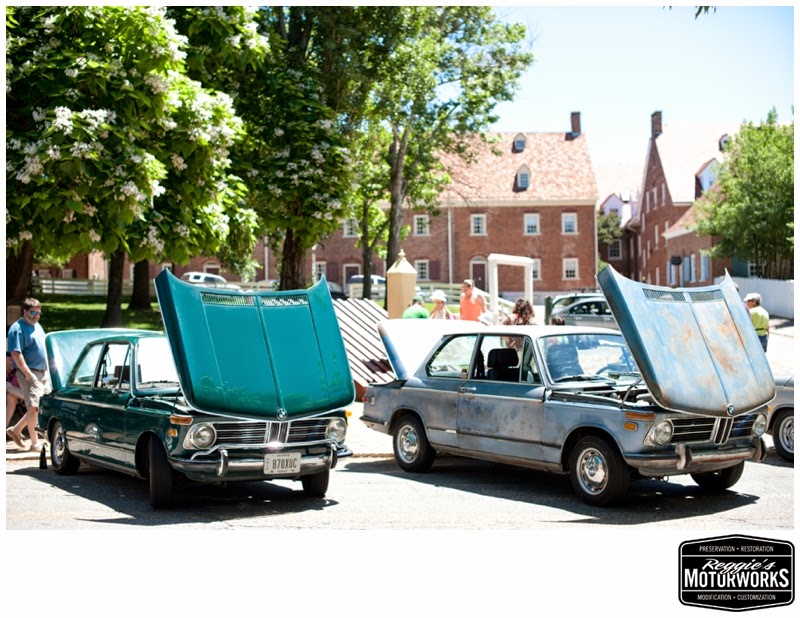 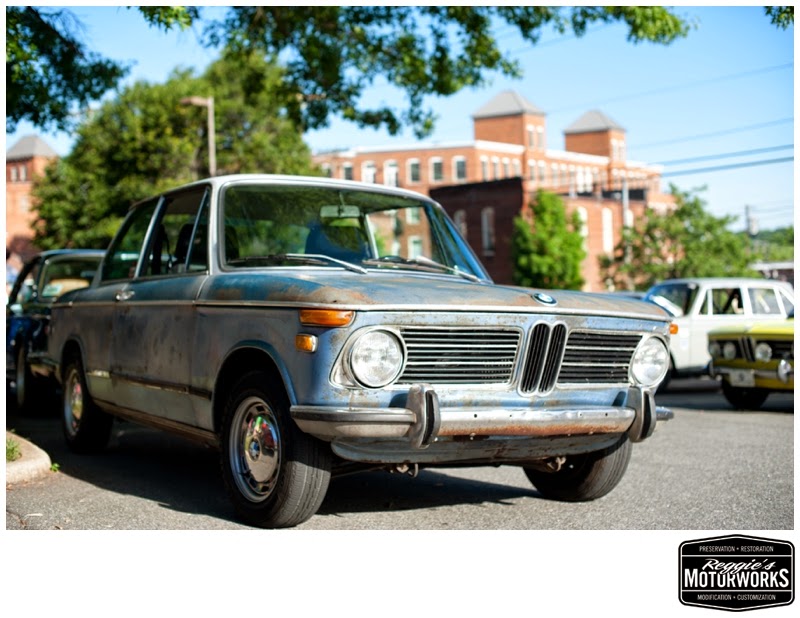 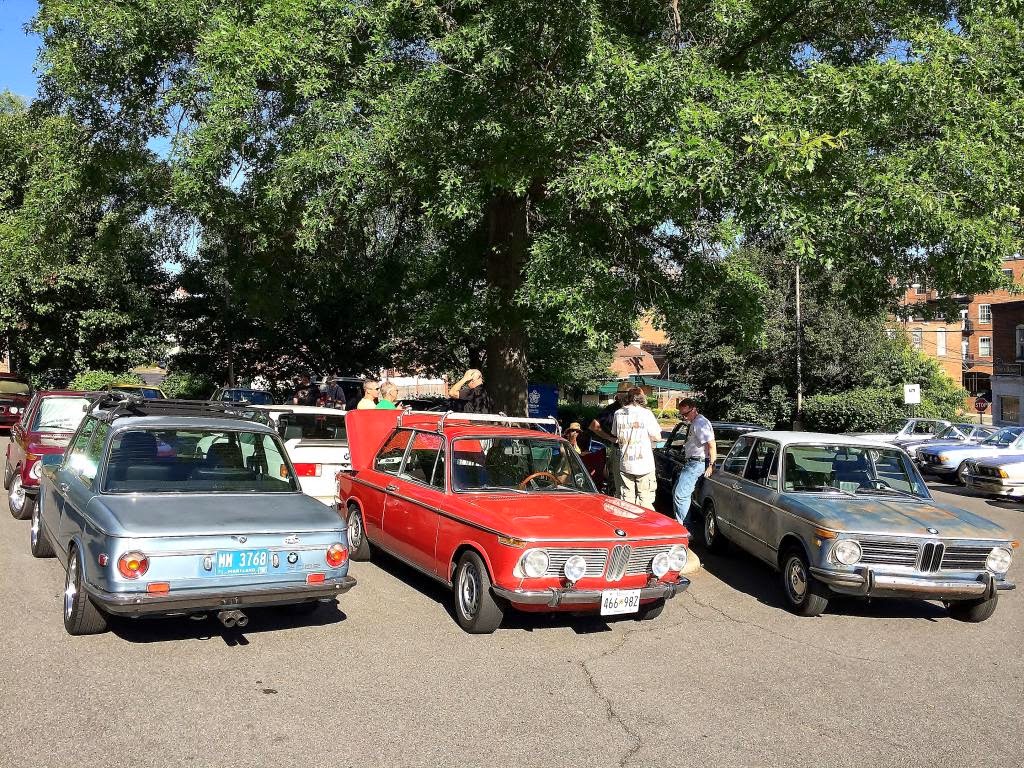 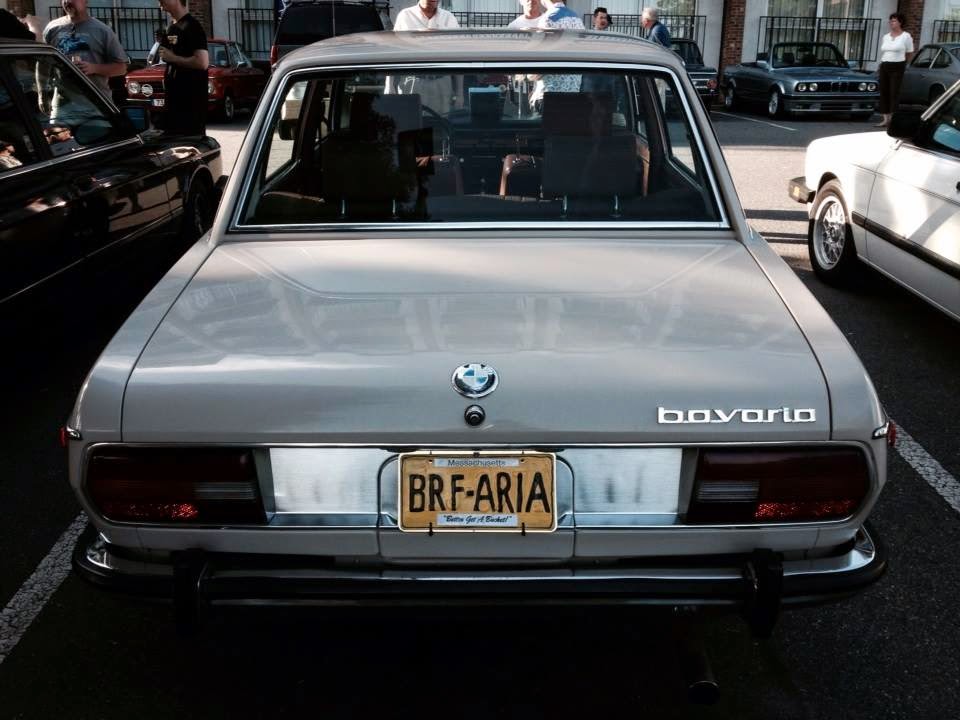 *The license alteration (above) is still under investigation.

Security cameras caught the following suspicious activity during the night: 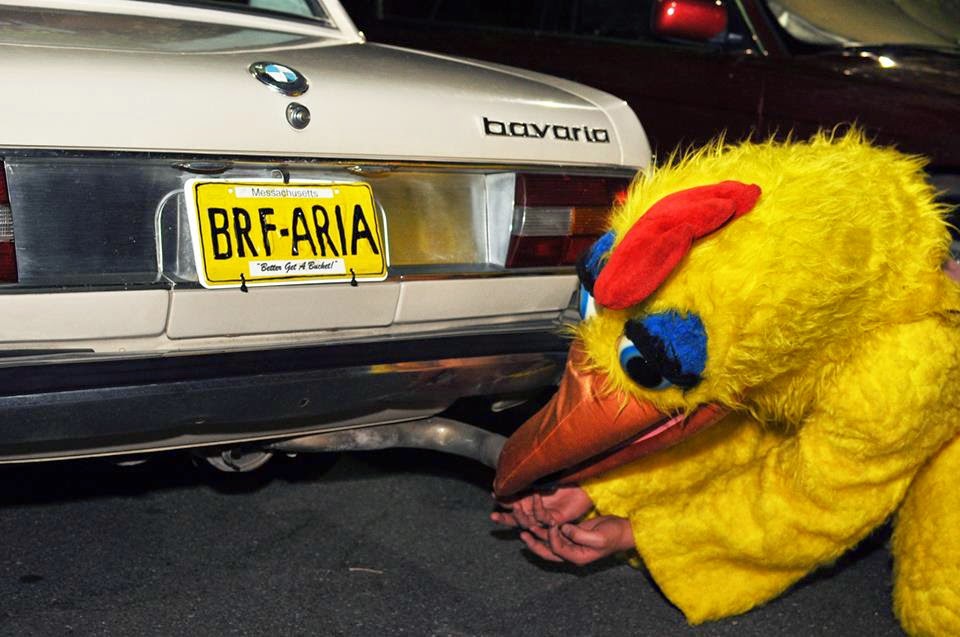 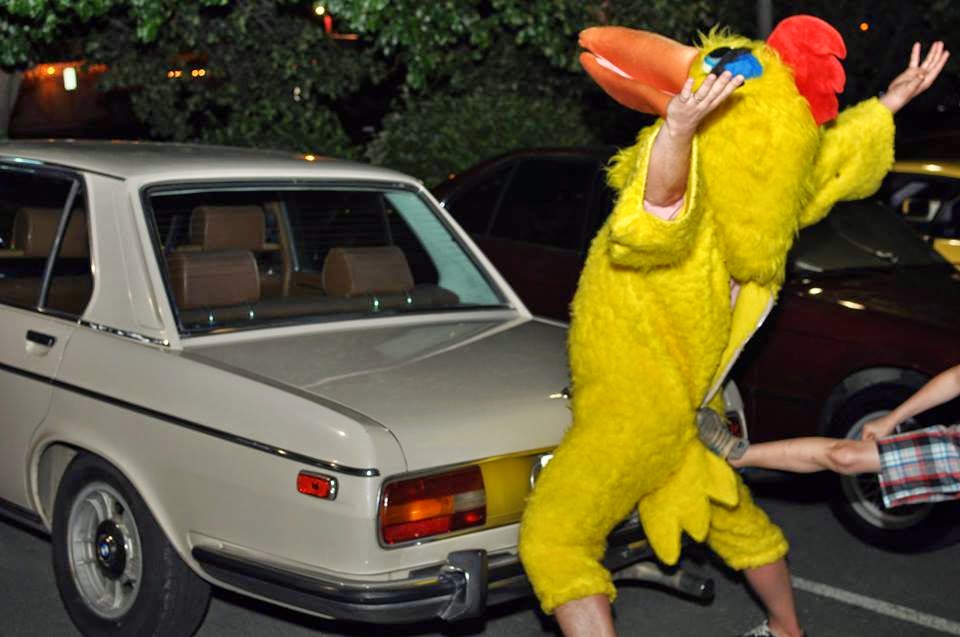 This has been referred to as "The Anointing", apparently, in the audio that was recorded of the incident.  We are not exactly sure what that means but.... the DNA sample test results may shed some light on it. 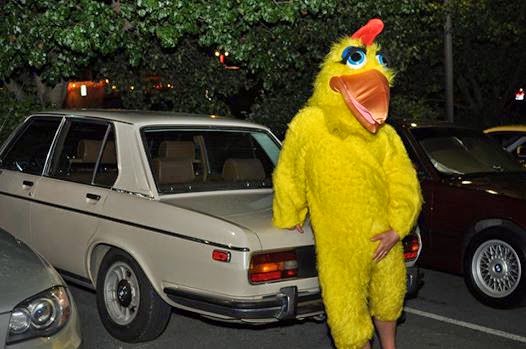 It is not known for sure if there is any connection between the chicken and the license alternation, but we do note that.... they are the same color!  ;)

Stay tuned for updates on the investigation!

A good time was had by all at The Vintage.  Especially the chicken!  ;)