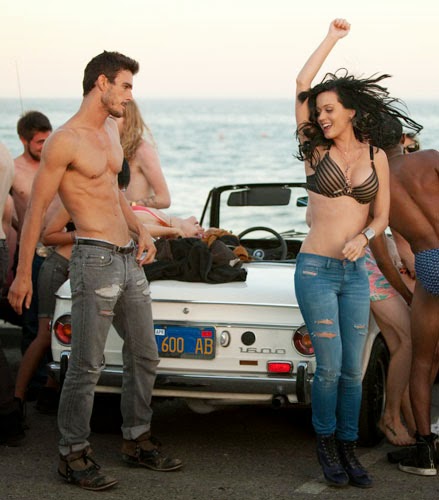 Some guys have all the luck!

Check this out.... Rick from 'Urge To Drive' gets to drive the 1600 Cabrio that was used in the Katy Perry music video!

Jumped at the chance to drive the car used in Katy Perry's music video for "Teenage Dream". Who wouldn't?? Threw some video-cams on the BMW 1600 Cabriolet and took it for a spin. I couldn't get the song out of my head so I figured the best thing to do is make a little parody video ... there, now the song is stuck in your head too! ;-)

Keep your eyes peeled for the SDGE van outside of the MTV Real World San Diego (La Jolla) house...set to start shooting in a couple weeks (July 2011).

Some details on the car.
- Reported to be the only BMW 1600 Cabriolet imported to USA (properly) - although there are approximately 90 "grey market" 1600 Cabs.
- Katy Perry supposedly saw this car being driven one day and asked to have it tracked down for the video.
- In some stills and video scenes from the real video, a couple of characters on the license plate are painted over and reads "600 AB" instead of "1600 CAB".
- The car had been detailed ~3 times since Katy Perry used it for filming. Car was dented (and repaired) during filming.
- Headrests were removed for the filming of the video.
- This 1600 has nearly 300,000 miles on it but drives like, well, what else...a dream.

Thanks Carl and Chris!"