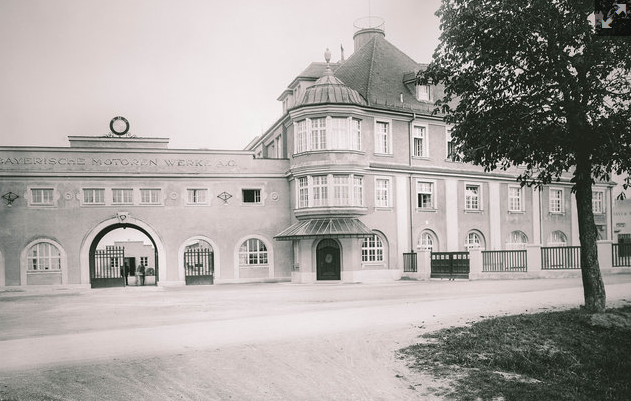 Thanks to Puerto Rico Classic Bimmer Group - Clasicos BMW for sharing this link in Facebook today! 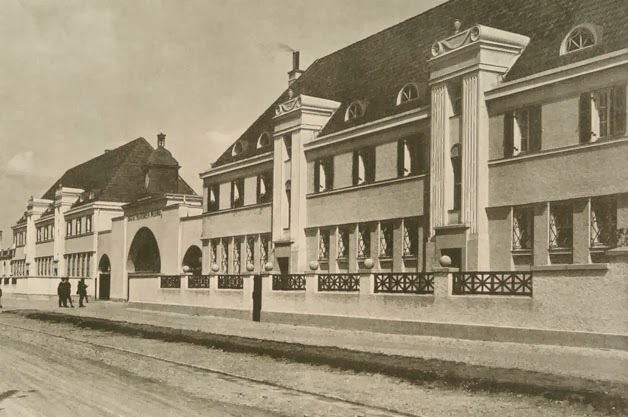 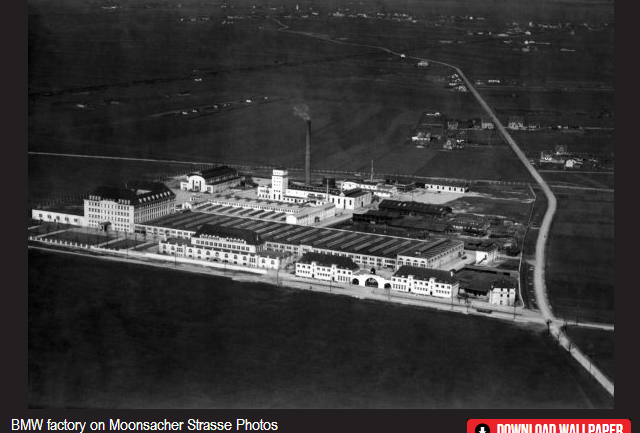 BMW was barely two years old when it started manufacturing airplane engines in a factory on Moosacher Strasse in Munich. Two years after that, it sold the factory to Knorr-Bremse AG, a leading manufacturer of brakes for trains and commercial vehicles, and BMW moved into a new facility on Lerchenauer Strasse. There it expanded into the industrial giant we know today, building engines for cars, trucks, motorcycles, boats and planes. It's taken the better part of a century to get that original factory back, but that's exactly what BMW has done, reacquiring the expanded facility from Knorr-Bremse this month.
The factory on Moonsacher Strasse will now serve as the headquarters for BMW Group Classic, the division that handles archives and historical vehicles for BMW, Mini and Rolls-Royce. From there, just a stone's throw from corporate headquarters and its main plant (as well as BMW Welt and the BMW Museum), the classic division's operations will include a restoration workshop, vintage parts store, the company's archives, administration as well as a place to hold events. In addition, there will be an exhibition space for historical vehicles from the company's considerable collection.
At the heart of the new/old campus is the gatehouse, which is a protected heritage site and will serve as a gateway into the company's history. Read the full details in the press release below.

BMW Group Classic: New location with historic roots.+++BMW AG acquires plot and buildings from Knorr-Bremse AG in the Milbertshofen district of Munich – Original BMW production site returns to company ownership.
26.02.2014
Munich. A move to a new location for BMW Group Classic marks a return to the company's historic roots. BMW AG has acquired a plot of land covering more than 13,000 square metres in the Milbertshofen district of Munich. Previously part of a Knorr-Bremse AG facility, it won't be long before the site finds its feet as the first port of call for fans of historical cars and motorcycles from the BMW, MINI and Rolls-Royce brands. Its close proximity to BMW Plant Munich, BMW's "four-cylinder" building, BMW Welt and the BMW Museum makes this an ideal new home for BMW Group Classic. Interestingly, among the buildings on the plot is a section of the original BMW factory built in 1918. The company will therefore regain ownership of part of the old aero engine production halls, we well as the entrance building from those early days. The latter is poised to be recommissioned as the gateway into the company's history.
The purchase agreement between BMW AG and Knorr-Bremse AG, the world's leading manufacturer of braking systems for rail and commercial vehicles, was signed in February, paving the way for the development of the site and its historical buildings. Initial plans for the redevelopment of the plot and buildings are currently being examined.
The company's vision involves bringing together numerous BMW Group Classic activities at a single address which satisfies requirements in terms of space, building technology and security that the existing premises could no longer meet. The new location will offer space for the BMW Group Classic workshop, a customer centre (including parts sales for vintage and classic models), the BMW company archive, and administration and event facilities. Added to which, the new site will also allow BMW Group Classic to put items from its collection of historic vehicles on display.
The new home of BMW Group Classic was once the cradle of industrial-scale manufacturing of BMW engines: it was on Moosacher Straße that the company first began producing aircraft engines in large numbers from 1918 on. Late in 1920, however, Knorr-Bremse took over ownership of the entire site and the buildings on it. Soon after, BMW AG built new manufacturing facilities on Lerchenauer Straße, not far from the original factory, where it would expand production to include engines for cars, trucks, motorcycles and boats over the period that followed.
And now, more than 90 years later, the acquisition of the premises for BMW Group Classic sees the company returning to its historic roots. The integration of part of the old production halls and the heritage-protected gate building into the overall concept for the new BMW Group Classic site also offers the opportunity for an intriguing confluence of architecture and function in the mould of the BMW Museum, which has also been heritage-protected since 1999.
BMW Group Classic is the branch of the BMW Group responsible for all activities revolving around the history of the company and its three brands – BMW, MINI and Rolls-Royce. The BMW archive, for example, specialises in answering questions on the history of the company, its brands and products. The BMW Museum conveys the fascination of the BMW brand – through its permanent collection and temporary exhibitions – with vivid references to the present and future. And BMW Group Classic's brief also extends to participating in classic events, preserving and managing a collection of some 1,000 exhibits, and offering far-reaching services for owners of historical vehicles, from the supply of replacement parts to full restoration