Thanks again to Neill Taniguchi, who sent me a SECOND Canadian TC1 Baur today!  This one is for sale in British Columbia, the opposite end of the country from the Baur he sent earlier today that was located in New Brunswick!

I am a little curious about one thing on this car, though.  The badge, and the listing ad, refer to this car as a "320".  For the E21, that usually means the '320/6', which a carbureted M20 6 cylinder.  This car has a fuel-injected engine, however, which the seller states is 'rebuilt'.  Was the 320 (which means a 2.0L M20) available in 1982 in a fuel injected version?  I know they did make those for the E30 a year or two later, but I do not recall seeing an E21 with the fuel injected 2.0L engine.  Maybe they were available in the Canadian market? I don't know.  I welcome any information on the subject!

If that is NOT a 2.0L fuel injected M20, then it appears the seller had made a mistake in the listing.  It does look more like a 325i, including the exhaust.   It is definitely different from my 323i, which has dual exhaust, and which is ALSO a 1982 model.  If that is a 325i engine, then the engine has been REPLACED, because the 2.5L M20 was not available for the 1982 E21.  Is the seller aware of this discrepancy?  It might be worth checking the VIN on this to get it sorted.  We shall endeavor to get this figured out, so stay tuned!

The asking price of $12,000 Canadian does seem a little optimistic, given the body work needed, and the questions about the originality of the engine. 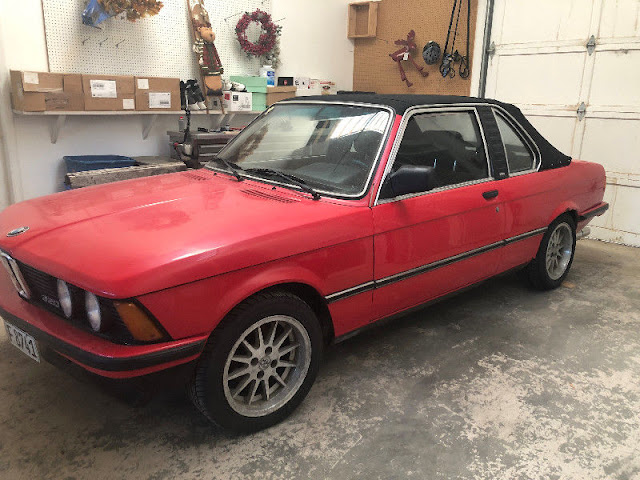 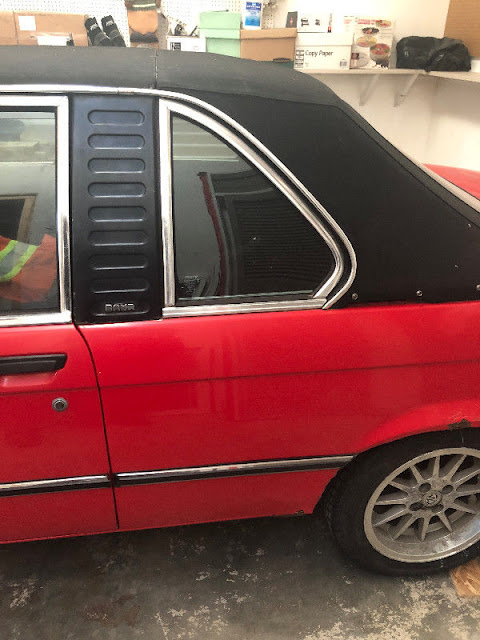 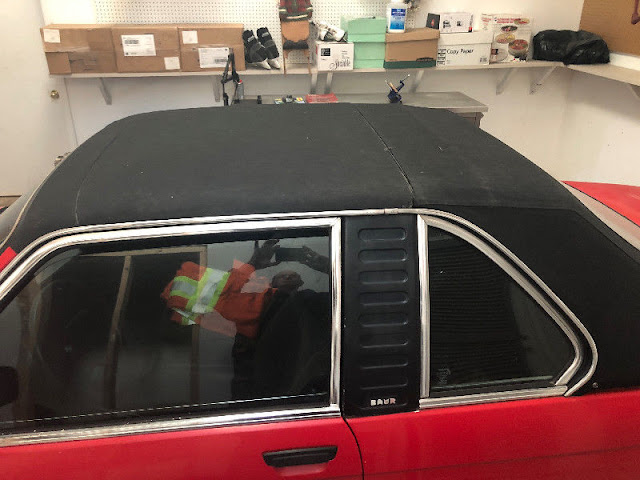 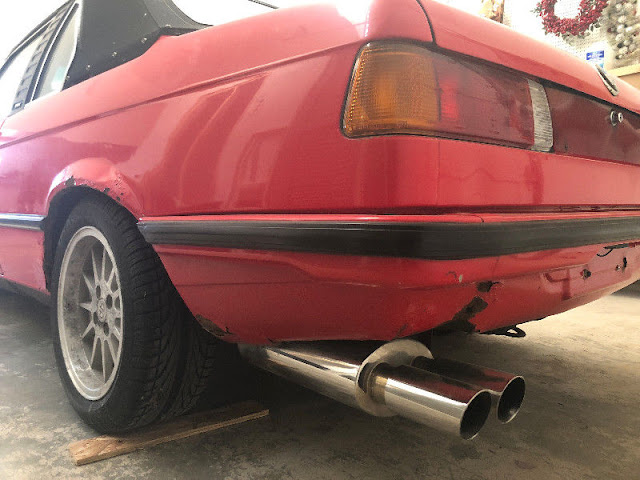 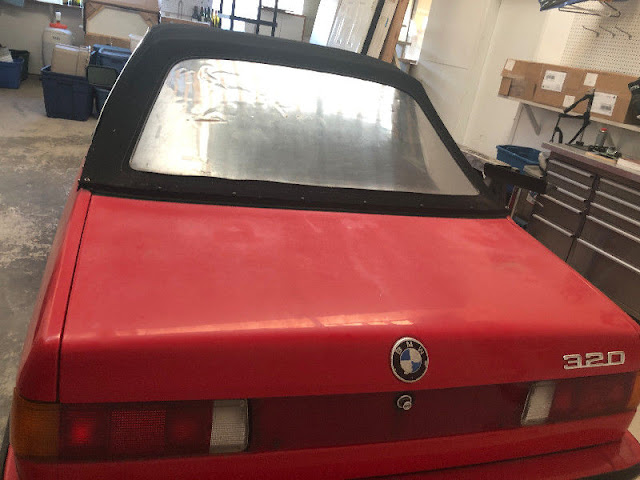 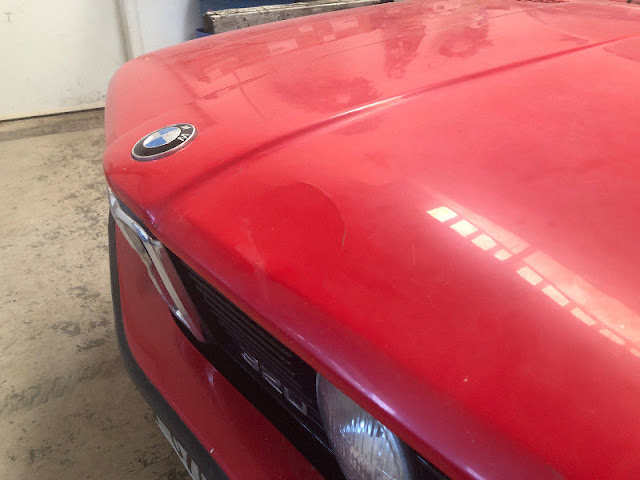 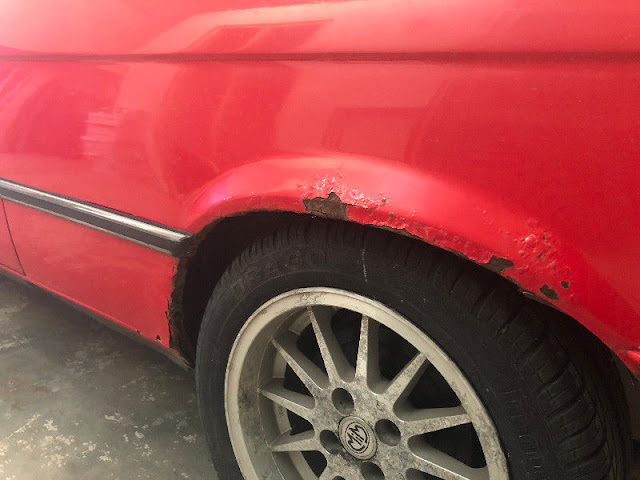 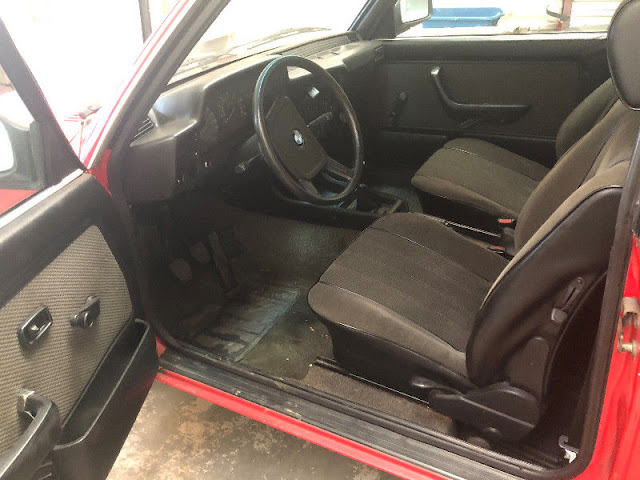 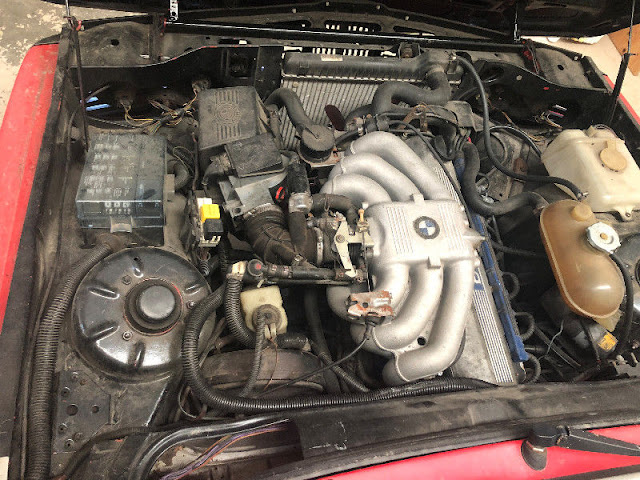 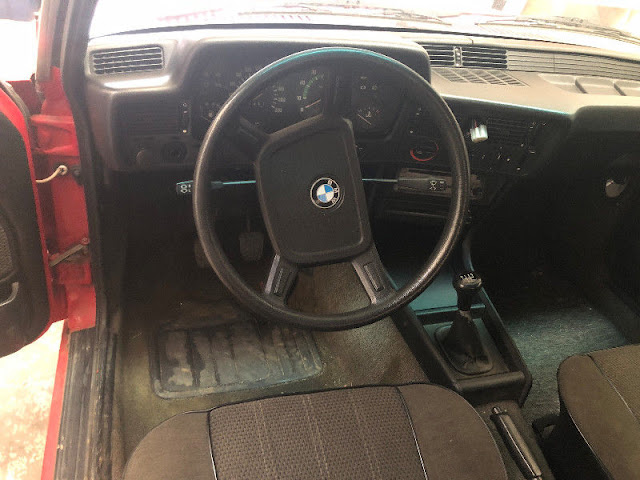 Own one of only 3000 ever made. This BMW Baur is not a standard BMW convertible....it is a rare BMW production and this one is particular rare as it has the 320 6Zyl engine. The Baur is a soft - hardtop like a targa. One can remove the centre hard panel and leave the soft top up or remove both: soft top and hard top. Lots of money was already invested in this direct import from Germany. Engine was rebuilt, wire harness replaced and lots more. I have all the receipts. What is left to do is the body work. I simply do not have the time for it. Come have a look at this truly rare Automobile.

OK, so we have some questions for the seller here.  Stay tuned while we try to track down some answers.

In the meantime, thanks again to Neill Taniguchi for sending it to us!
Posted by tom82baur at 5:03 PM