Thanks to my friend and fellow Connecticut Baur owner Afonso Conceicao for tipping me off to this new ebay listing the other day for a 1978 320 Baur in Texas!  This is an early Baur, which was listed in the ad as #215 of 4595, according to the seller.

(Ironically, I had searched eBay for Baurs a few hours earlier, but apparently BEFORE this one got posted! :)  Nice find, Afonso!)

But.... this story quickly took a funny twist! 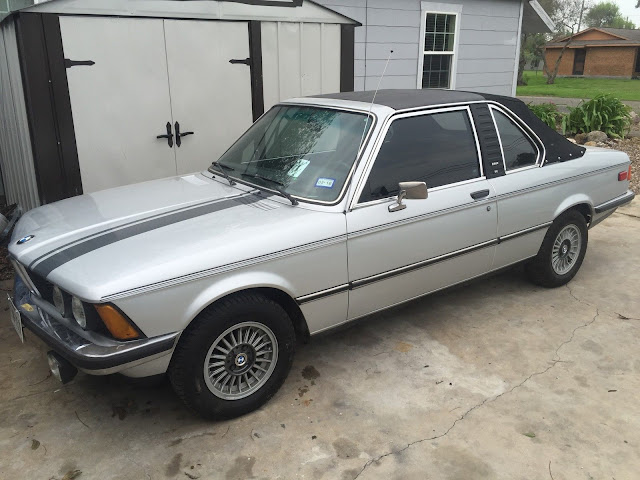 Here is the Baur that was listed as Baur #215


Both the car and the Baur number seemed familiar to me.  So I did a quick check of my files for Baur #215.  Bingo! 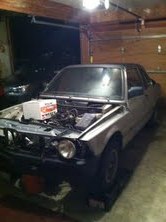 Ok, not the greatest pic in the world, but enough to see that  we have a Polaris E21 Baur, like the one in the ebay ad from Texas.  There is only one problem, however.  The pic of Baur 215 above was taken in 2012 in Bellingham, WA!  The ebay ad says the car is in Ingleside Texas!  That is about 2400 miles away!

Now that is certainly possible, of course, but..... I decided to contact my friend Tom in Bellingham to see if he had sold his Baur.  Tom quickly responded that "No', he hadn't sold his Baur, and that he had it stored for the winter at his in-laws house.  So, naturally, I asked if his in-laws.... possibly lived in Texas.... because someone was selling Baur #215 there!   :)

We had a chuckle when he responded "no", and that they live about 5 minutes away.... but perhaps he should go have a look to make sure it was still there!  :)   Another funny aspect was that the work described in the ebay ad was nearly identical to the work that Tom had  recently done to HIS Baur!   :)  Whoa!

And THIS, my Baur friends, is exactly why we always ask for a PIC of the Baur plate number!

Here is the pic of Baur plate number 215!  Where do you think we got it? 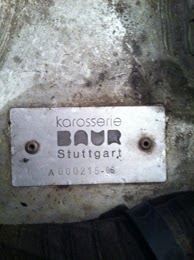 If you guessed 'Tom in Bellingham, WA", you would be correct!  This is Tom's Baur plate, which you can see was posted in Baurspotting back on March 12, 2012!

OK, so now we have a problem, right?

So I sent an innocent inquiry to the seller in Texas, requesting, as I always do, a pic of the Baur plate number.  BTW, I in no way wish to cast any aspersions on this seller or this Baur:  it looks like an exceptional beauty!  I assumed all along that there would be a reasonable explanation for this apparent discrepancy, and there was!  The seller's gracious, and somewhat sheepish, response, proved that was exactly the case:  they checked the Baur plate and sent me a pic very promptly.

And here is the pic that they sent me: 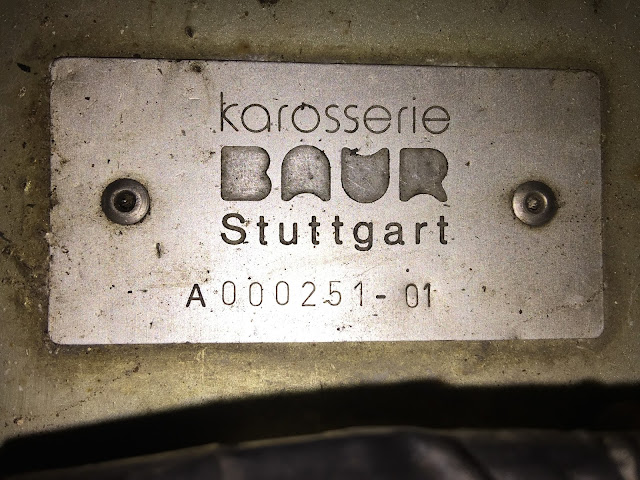 Problem solved.  Transposed Baur numbers.  "Let he who is without sin cast the first stone."  :)

Here are Steve's (the seller) good-natured comments in response:
"Hello.
First we kind of both looked at each other and realized we are dyslexic. Thanks for bringing that mistake to our attention. This is such an amazing car. We have put a ton of work into it. Trying to repair all the things that were faulty.  When we purchased the car everything looked great but sadly looks can be deceiving. But now she is a sturdy and faithful BMW.  Again thanks and have a great new yearThanks Steve C".

This is the answer that I had hoped for, and, frankly, expected.  A typo.  Crisis resolved.  :)  I make typo mistakes all the time, despite my best efforts to catch them before I hit ''POST"!  Steve's quick, gracious and funny response speaks well of him, and also helps give us a great story!

Which, by the way, doesn't end here!!

BUT.... we were unable to obtain the Baur plate number from the seller at that time!  We will continue that story below*..... but before we go any further.... let's have a look at Baur 251 currently for sale on ebay in Texas! 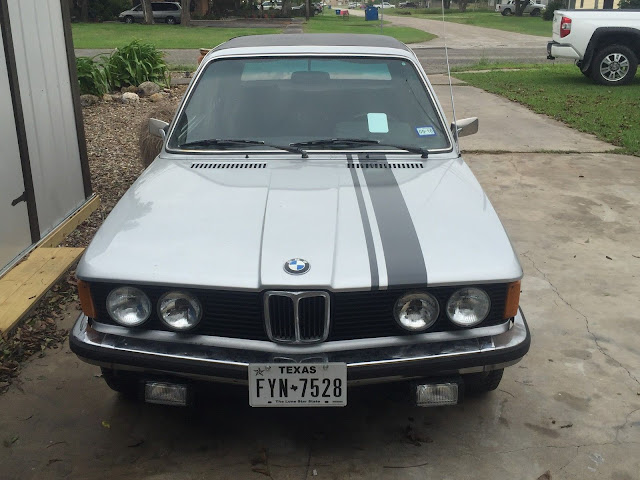 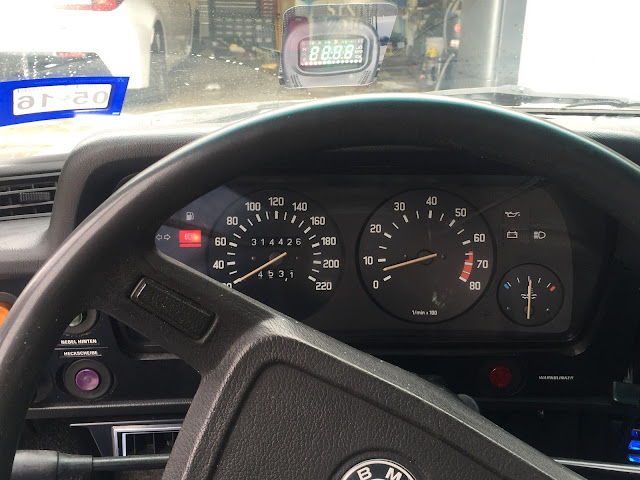 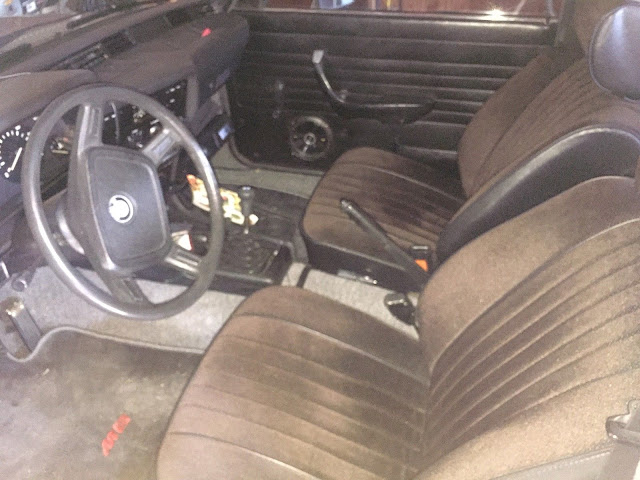 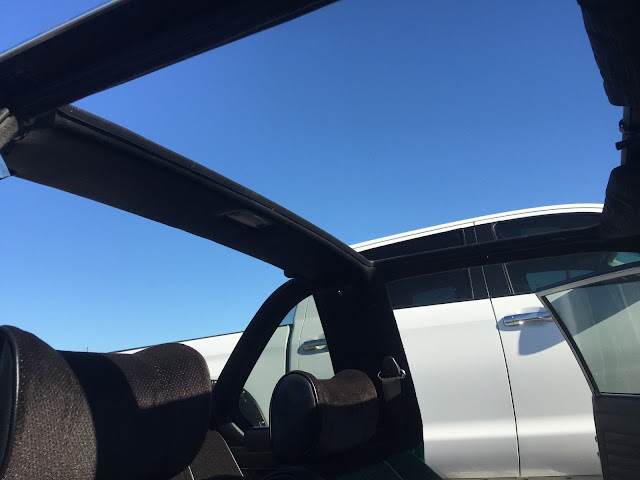 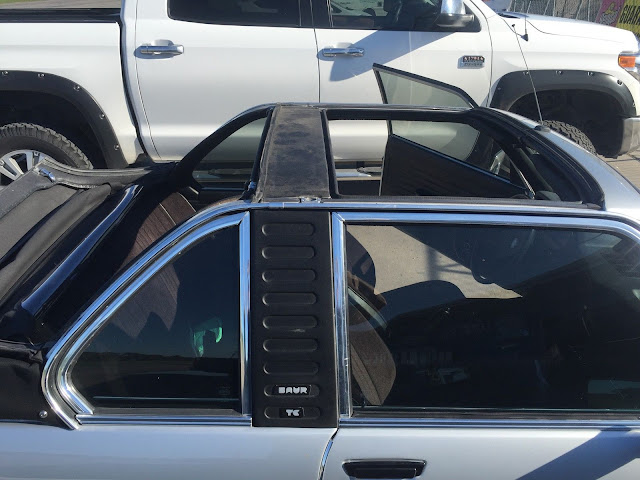 The Baur TC Badge is from the later TC2 style.  The original TC1 style is very hard to come by these days. 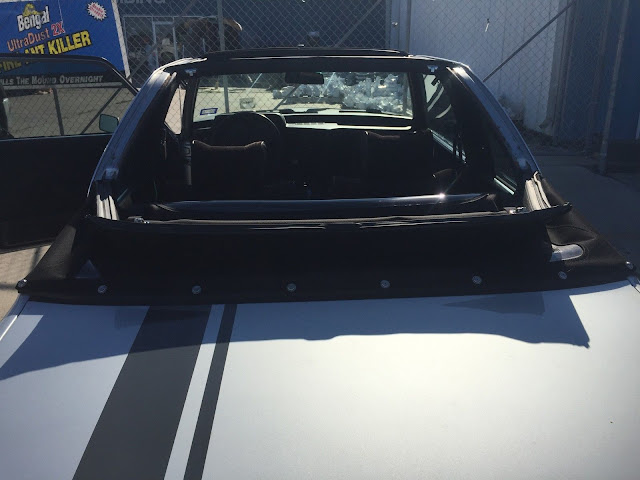 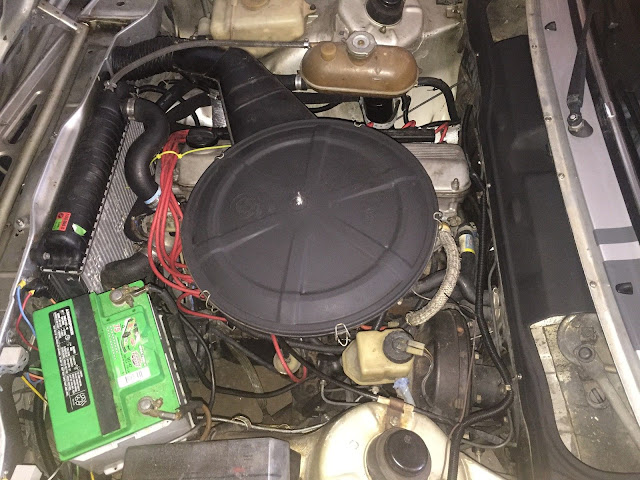 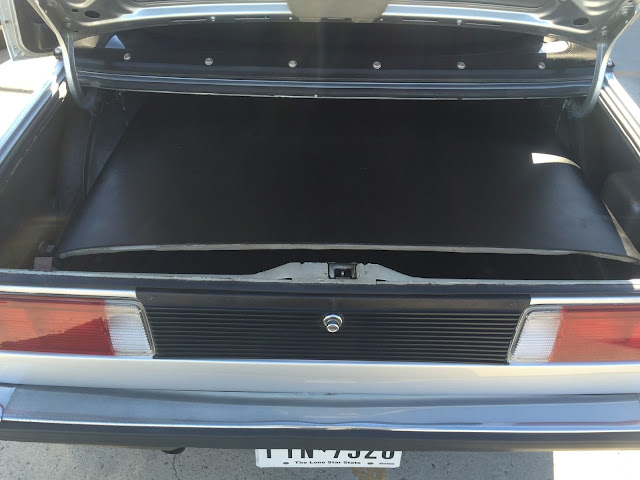 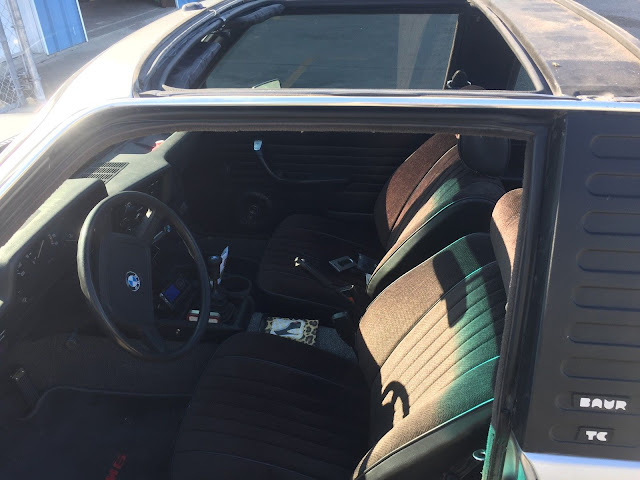 Overall, it looks pretty good to me!  Rust-free!  Although I do not actually know him, I also like Steve, the seller, based on our brief exchange, noted above.  FWIW.   ;)

*Ok, here is the rest of the story.
My friend, and fellow Connecticut Baur owner Afonso Conceicao, was the person who first alerted me to this Baur on ebay in Texas last weekend.  It looks VERY similar to his beautiful Polaris 1978 320 Baur, btw.   He asked if I knew the Baur number!  :) THAT is what started this whole ball rolling!  :)

So, I pursued the Baur number (above)  and once I learned that the REAL Baur number of the Texas Baur was 251, I do what I always do:  I look it up on the two International Baur Registries to determine if it is a New Find!  Well, I then found this pic in the Registry, which immediately looked familiar to me.  Wait a sec! It was at this point that I checked Baurspotting Texas files, and sure enough, there it was!
http://baurspotting.blogspot.com/2014/08/e21-baur-in-texas-for-sale.html

We KNEW this Baur over a year ago, but.... we did NOT know the Baur plate number!  Now, thanks to Afonso, Tom and Steve, we not only know the location, but we also know the  Baur number!

In the course of my conversation with Tom in Bellingham, another startling coincidence emerged.  Tom is a tech at a BMW shop in the Bellingham area.  He mentioned in his email that he knew of another Baur, in fact, someone who said she owns TWO Baurs!  Whoa!  A Two Baur owner in the Pacific northwest?   Tom said he met her in the shop when she came in for service, and she mentioned that she had emailed me about 6-7 months ago.

I knew immediately who he was referring to!

Lois does indeed own two Baurs, and one of those happens to be one of the uber-rare (only 25) US Spec Baurs officially imported to North America by BMW!    22 of those went to Canada, and 3 came to the US.  Lois owns one of the Canadian models.  Here is the story!
http://baurspotting.blogspot.com/2015/03/found-another-of-jeroens-25-us-spec-e21.html

So!  What a story this turned out to be, just because of Afonso's inquiry into the Baur number of the Texas ebay listing!

Do you see why I love this stuff!

Best wishes to Steve C. for the sale of his lovely Baur, and thank you to Steve, Tom in Bellingham, Afonso  and Lois for their contributions to another triumph for Small Baur World!  ;)