SOLD ON 6/7/17 FOR $6,100!!
Thanks to our friend and fellow Baur owner Jeff Dreibus for the heads up on this Baur currently being offered on Bring A Trailer (BAT)!  We previously posted about this car back in March 2017* when it was on ebay with a Buy It Now price of $8500. 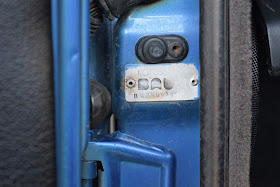 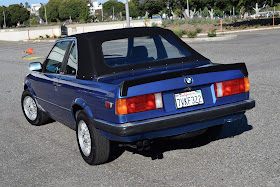 Here is the text of the BAT listing:

This 1985 BMW 323i is a European Baur model that was imported to the U.S. eight years ago. It resided in Virginia and Texas before making its way to Los Angeles, and the seller acquired it around 18 months ago. It is equipped with a 2.3 liter inline-six and 5-speed manual transmission. The previous owner had the car repainted from its factory silver to the current shade of blue and also gave the interior a black/blue refresh to match. This 323i is now being offered with recent service records and a clean California title in the seller’s name. 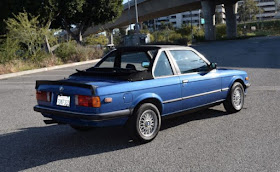 The seller lists exterior flaws as some scuffs on the passenger-rear quarter panel, scratches on the driver’s and passenger’s front fenders, and a bent front valence on the driver-side. A professional inspection revealed no evidence of prior accidents according to the seller. 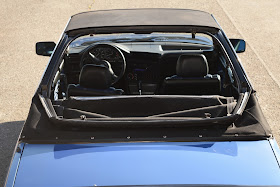 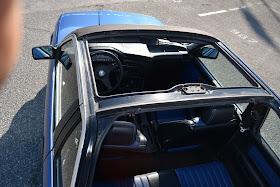 The convertible top fabric looks to be in good shape with a clear rear window and no exterior flaws mentioned. Factory 14″ basketweave alloy wheels are wrapped in Falken tires at all four corners. Inside, the previous owner had the car re-trimmed to match the exterior color including the front/rear seats and door panels. A piece of trim is missing from the bottom of the passenger seat as displayed above.
An aftermarket Kenwood stereo head-unit has been fitted, though the radio is currently inoperable and one of the four speakers is functional. Other interior flaws are listed as a cracked dashboard, intermittent turn signals, an intermittent speedometer, torn vinyl on the B-pillars, and a locked glove box which is missing its key and cannot be opened. The odometer is currently inoperable and shows 195,098 miles with true mileage unknown. 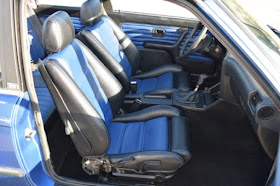 The factory 2.3 liter inline six-cylinder engine is linked to a 5-speed manual transmission, both of which have been maintained in stock specification. The seller reports that the car runs well, received an oil change two months ago, and passed its most recent California Smog check three months ago. Service records covering the past year will be included with the sale. 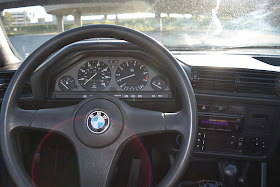 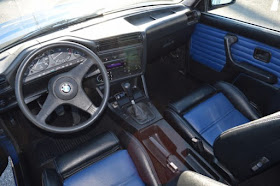 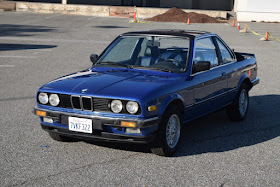 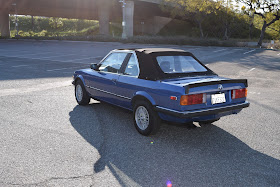 Good luck with the auction!
Thanks, Jeff!